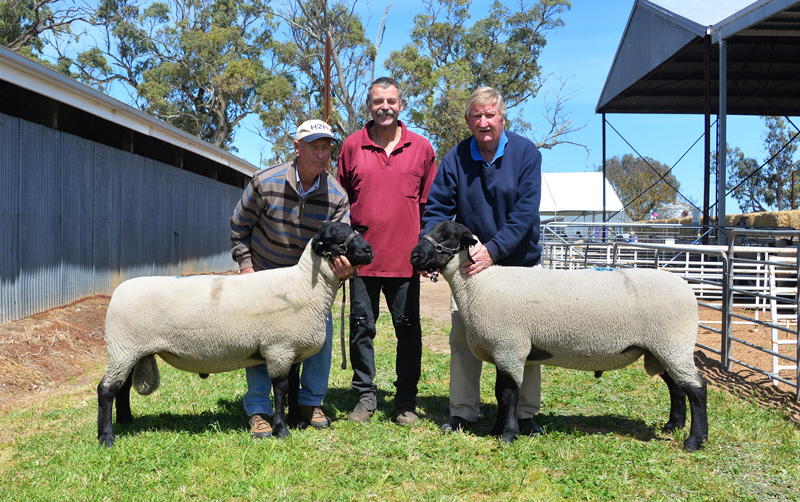 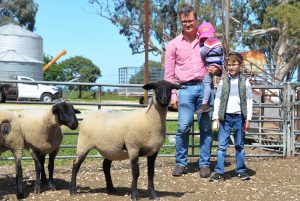 James Cleland and his children Isla and Hamish are with the Allendale Suffolk ewes he purchased at the sale’s top price of $2500. Buying through Rodwells Horsham, James purchased 18 Suffolk ewes for his expanding Suffolk stud. 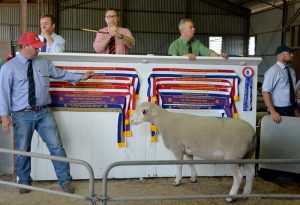 Alastair Day controls the ring as his Poll Dorset ram A160217 is sold for the $4000 equal top price in this draft by Elders auctioneer Ross Milne.